1. His promotion is on the cards

A. To invite punishment

B. To achieve a fortune

D. To have God’s favour

A. To over estimate oneself

B. To put up high demands

D. To make an exaggerated statement

4. To plough the sands

A. To work hard to achieve one’s aim

B. To afford hope or ground for expecting a good result

C. To busy oneself in a way which cannot lead to any

Ans.  C. To busy oneself in a way which cannot lead to any

5. To give a false colouring

B. To submit the false report

C. To be dishonest

Ans.  A. To misrepresent

D. Work him up

7. The parliamentary inquiry into the Bofors deal has not

brought to light any startling facts

A. To change completely one’s course of action

B. To shift attention to new problems after having studies

the old ones thoroughly

C. To cover up one’s fault by wearing new masks

D. To changes the old habits and adopt new ones

Ans.  D. To changes the old habits and adopt new ones

9. To have brush with

A. To start painting

C. To be impressed

D. To have a slight encounter

Ans.  D. To have a slight encounter

A. For and against a thing

B. Foul and fair

Ans.  A. For and against a thing

11. She rejected his proposal of marriage point blank

12. The involvement of teaching in the scheme of education

proves to be a mate’s nest

A. A false invention

B. A noble thing

Ans.  A. A false invention

13.  We should give a wide berth to bad characters

A. Keep away from

C. Give publicly to

D. Not sympathise with

14. If Soham does not complete the work allotted to him

properly, we shall send him packing

A. Put him in packing department

B. Give him our best wishes

C. Give him another work

A. To punish a person severely for his arrogance

B. To grapple courageously with a difficulty that lies in our

C. To handle it by fierce attack

D. To bypass the legal process and take action according to

Ans.  B. To grapple courageously with a difficulty that lies

16. He was a king who ruled his subjects with a high hand

17. It was such a stranger affair that I could not make head

or tail of it

18. He is a strange fellow. It is very difficult to deal with

him; it seems that he has a bee in his bonnet

A. An achievement to be proud of

B. An obsession about something

C. To face problems as a result of his senseless actions

D. Peculiar habit of confusing others

Ans.  B. An obsession about something

19. To tell you in a nutshell, lust for power and money has

A. As objectively as possible

B. In a simple and brief manner

Ans.  B. In a simple and brief manner

A. To beguile others

B. To be winning sometimes and losing at other times

C. To play with someone’s feelings

A. To act in a foolish way

B. To waste one’s efforts

C. To revive interest in an old subject

Ans.  B. To waste one’s efforts

A. A task difficult to to perform

B. A big problem

Ans.  A. A task difficult to to perform

B. All of a sudden

D. Everyone without distinction

Ans.  D. Everyone without distinction

A. To meet with one’s death

B. To be perplexed

C. To be concealed from view

D. Ti find oneself in a very uncomfortable position

Ans.  B. To be perplexed

B. Leave on the pretext illness

A. Bitten by a snake

B. To reveal the secret

C. To be furious

D. To be in the extend hatred

Ans.  D. To be in the extend hatred

27. To turn the other cheek

A. To sulk and suffer

B. To respond to violence with violence

C. To respond to violence with non violence

D. To be indifferent to peace overturns

Ans.  C. To respond to violence with non violence

28. To give chapter and verse for a thing

A. To produce the proof of something

B. To eulogize the qualities, of a thing

C. To make publicity of a thing

D. To attach artificial value to a thing

Ans.  A. To produce the proof of something

A. To start painting

C. To be impressed

D. To be a slight encounter

Ans.  D. To be a slight encounter

B. To make money unexpectedly

Ans.  B. To make money unexpectedly

A. An undersized bull almost the shape of a dog

B. A dog that has no kennel of its own

C. A person who puts himself in difficulties on account of

D. A person who prevents others from enjoying something

Ans.  D. A person who prevents others from enjoying something

A. An important day

B. An auspicious day

Ans.  A. An important day

33. Manish had to look high and low before he could find his

34. We should give a wide bertho to bad characters

A. Keep away from

C. Give publicly to

35. He is at loggerheads with his assistant about the

management of the concern

36. Things are progressing well dont’s do anything to rock

37. We should guard against our green-eyed friends

B. To try hard

C. To get ready

39. To keep the ball rolling

A. To earn more and more

B. To work constantly

C. To keep the conversation

D. To make the best use of

Ans.  C. To keep the conversation

40. I raked my brains to solve this difficult problem

A. I consulted several people

B. I subjected my mind to hard thinking

C. I read number of books

Ans.  B. I subjected my mind to hard thinking

41. Chandu used very ugly words against his kind uncle; he

threw down the gauntlet before him

A. He abused and insulted him

B. He threw the challenge

C. He behaved as in he was very grate and important person

Ans.  B. He threw the challenge

A. To take off

B. To be indifferent

43. To put the cart before the horse

A. To offers person a person what he cannot eat

B. To force a person to do something

44. The casting vite of the chairman clinched the issue

45. He, threw cold water over the project that the secretary

46. He is at loggerheads with his assistances about the

management of the concern

A. To drink little

B. To drink alone

C. To be a drunkard

D. To drink in the company of others

A. To recover from illness

B. To be actively engaged

D. To be expressive and explicit

Ans.  B. To be actively engaged

B. To be untrustworthy

C. To be inconsistent

D. To be rich and poor frequently

Ans.  C. To be inconsistent 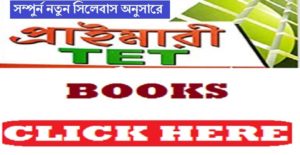 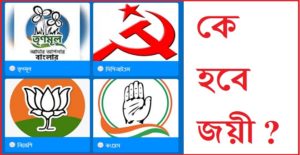 YOUR ADDS CAN GROW YOUR BUSINESS 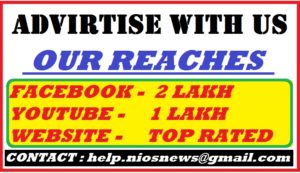 Best Offer For You